Founded in 2015, Rogue Initiative is headquartered in Los Angeles with teams in Hong Kong and mainland China and is led by award-winning industry veterans, including alumni from Amblin Entertainment, Dreamworks Animation, Sony Pictures Entertainment, Warner Bros and Activision.

​Our experienced executive team of motion picture, digital media and interactive experts are leveraging years of production experience coupled with our proprietary pipelines and engineering toolsets to create and expand digital storytelling to new platforms worldwide. 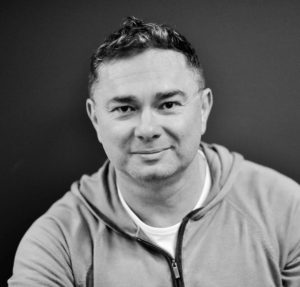 Blumel is a multiple award-winning veteran producer, including 3 BAFTAs for Best Story & Character and Best Gameplay. 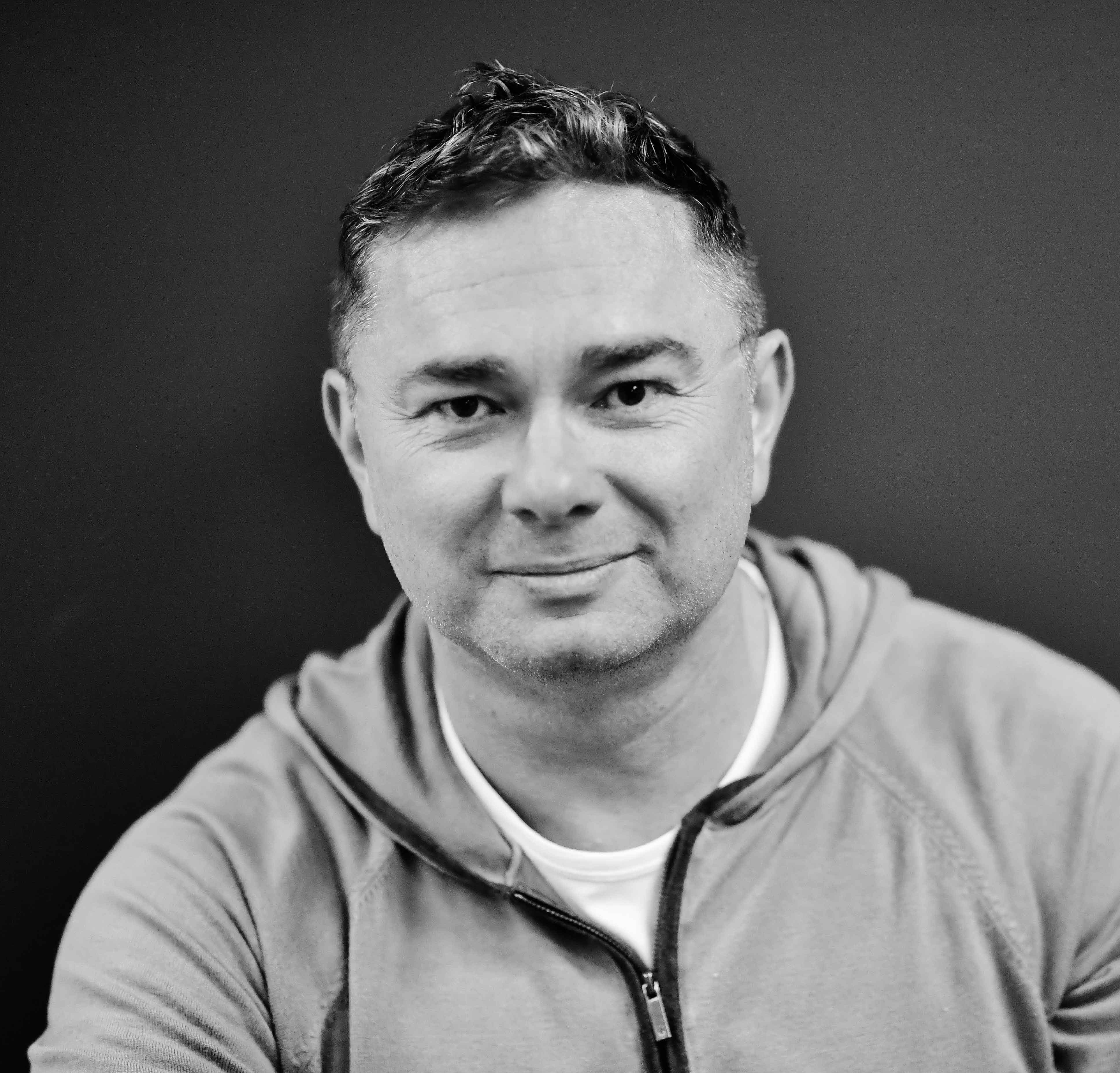 Blumel is a multiple award-winning veteran producer, including 3 BAFTAs for Best Story & Character and Best Gameplay. His career spans over 23 years in feature film, animation, immersive reality and AAA interactive production leading 100s of team members on some of the biggest entertainment franchises in the world.

He has developed and sold television shows to major studios and before founding Rogue Initiative served in a key producer role at Activision’s Infinity Ward game development studio where he became intimately involved in the creation and production of the CALL OF DUTY: MODERN WARFARE series and GHOSTS video games grossing well over 4B in revenues.

Prior, he spent nearly 11 years at Dreamworks SKG, first on animated features PRINCE OF EGYPT and SHREK then later at Amblin Entertainment where he was involved with blockbuster films such as THE ISLAND and TRANSFORMERS. 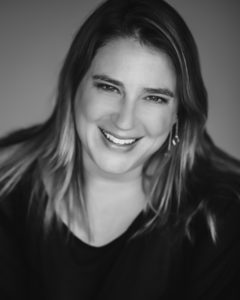 Twigg began her career at MTV Films where she was responsible for discovering new talent and adding projects to the development slate. 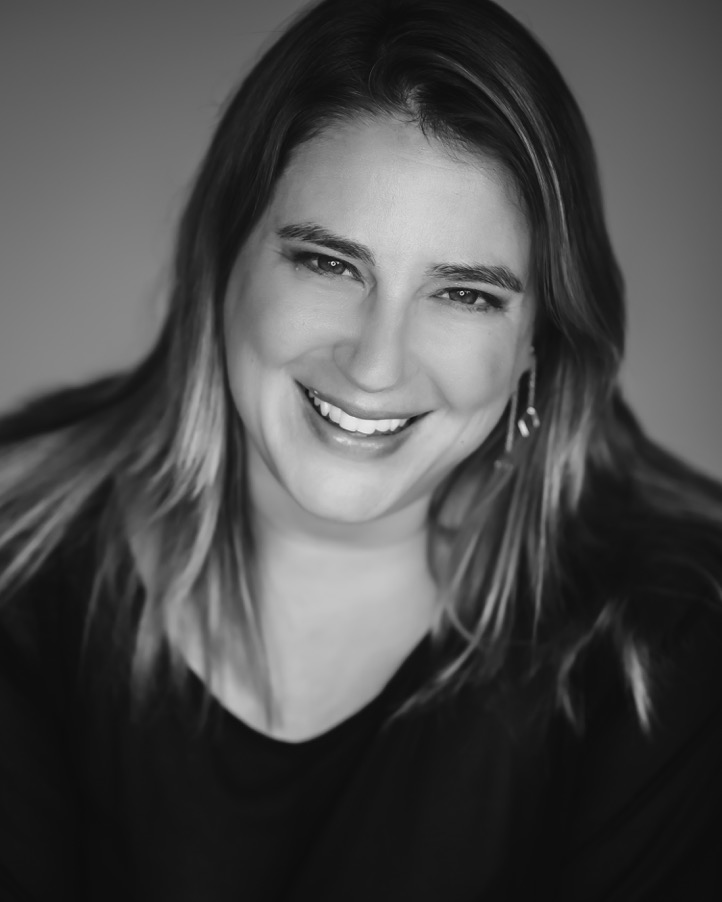 Twigg began her career at MTV Films where she was responsible for discovering new talent and adding projects to the development slate. Over her industry tenure, Twigg has served at Dreamworks Television Animation, Sony Pictures Television, Bandeira Entertainment and Dreamworks Animation working on several live-action television series and notable projects including Toonsylvania, Invasion America, KUNG FU PANDA, MONSTERS VS ALIENS, HOW TO TRAIN YOUR DRAGON, SHREK THE HALLS, MADAGASCAR, MADAGASCAR 2, PENGUINS OF MADAGASCAR, TIGERLAND, SLAP HER, SHE’S FRENCH and THE LOVE LETTER. 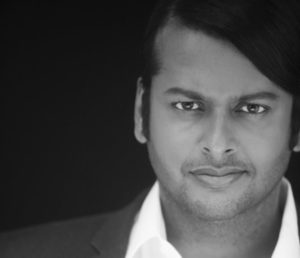 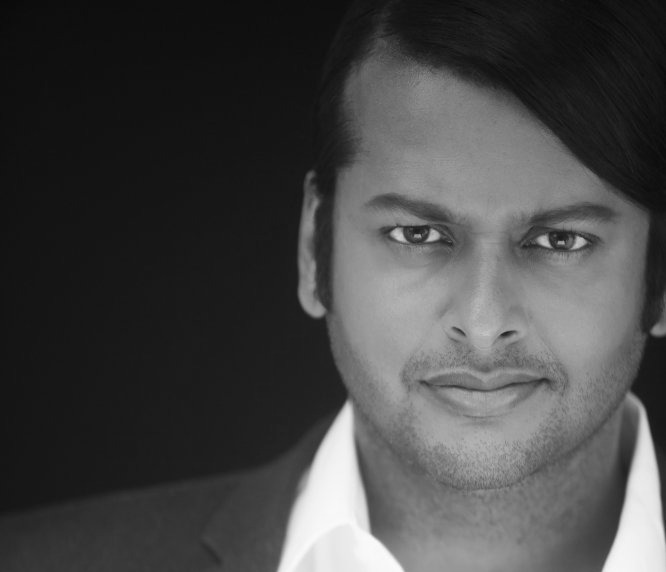 Hrish brings a wealth of experience in startups, venture capital, investment banking and management consulting. He is a founding Managing Partner of EastLabs, a leading seed stage venture capital fund based in Kyiv, Ukraine. He was the Senior Business Developer/Global Evangelist at Toptal, backed by Andreessen Horowitz, providing elite software engineers to companies globally.
​
He was previously in venture capital at SpencerTrask Ventures in NYC, in investment banking/M&A at UBS Investment Bank and HSBC Securities and in global business development at the management consulting firm AonHewitt. He holds a Bachelor of Arts from Rice University and a MPH/MBA in Finance and Entrepreneurship from the University of Illinois at Chicago. 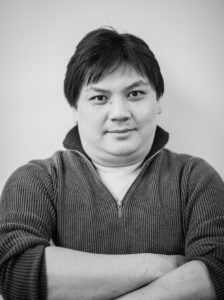 Over 20 years as an experienced leader in 2D and 3D art, look dev, concept and production design as well as technical art pipelines, animation, visual FX and core game mechanics. 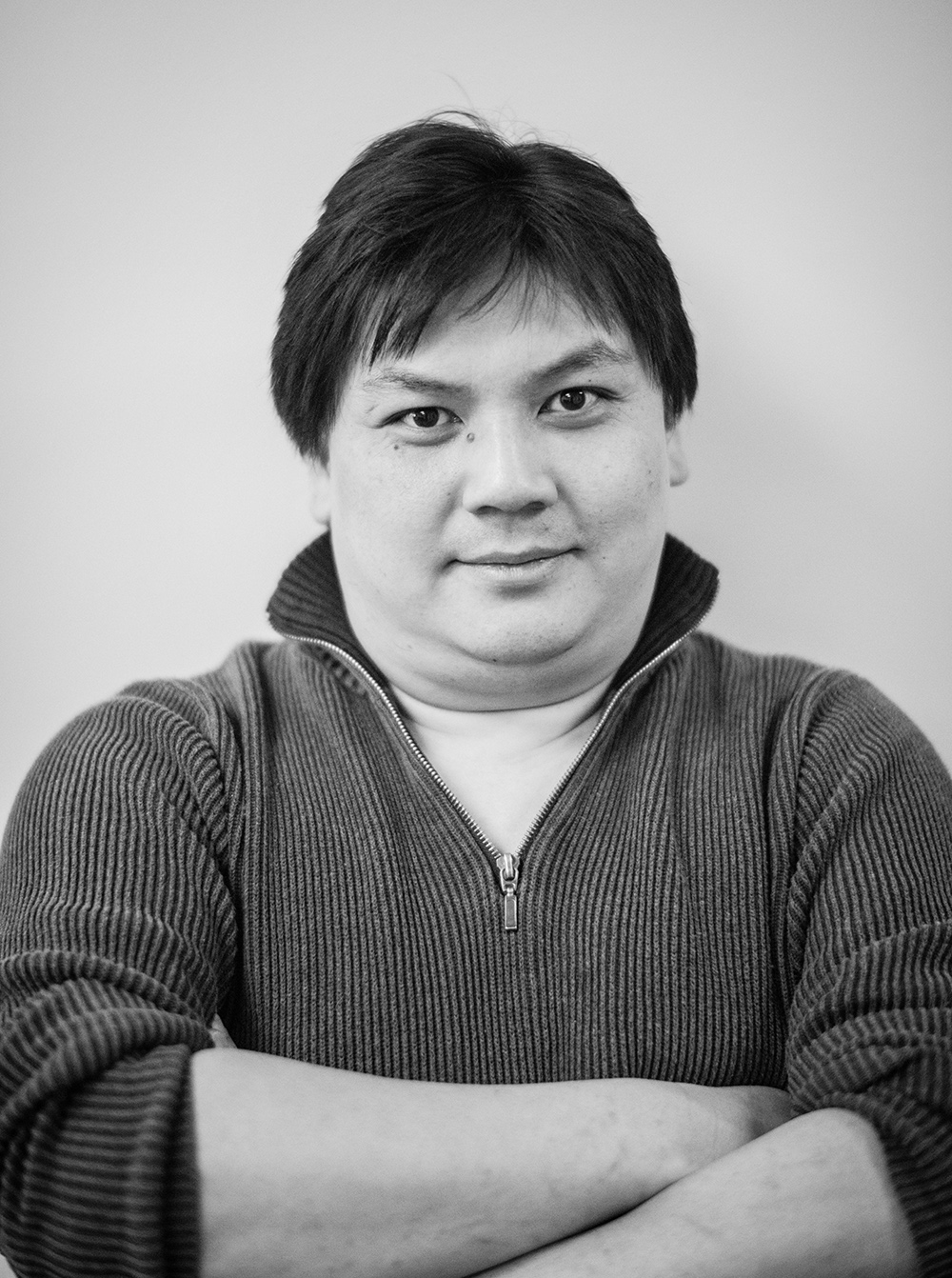 Nghia Lam started his education in the field of industrial design and building a
portfolio in both mechanical and architectural design. Realizing he needed to improve his rendering skills, he moved to the field of fine art and illustration. After completing the Master’s course at Watt’s Atelier in San Diego, he moved on to work professionally for publishers such as Dark Horse, Piranha Press, and Marvel
Comics as well as notable collectible trading card companies such as Topps and Upper Deck.

In the crash of the traditional art markets in the early 1990’s, Nghia moved on to the digital realm of commercial printing and multimedia building processes for shirt printing and interactive educational software for Josten’s Learning.

In 1997, Nghia took a leap of faith and moved to Austin, Texas where he worked under Warren Spector on the very highly acclaimed Deus Ex game. This spring-boarded his career in interactive entertainment and launched a career spanning two decades of pioneering techniques and pipelines over 4 generations of development.

In 2009, Nghia went out on his own and built a successful freelance business working on various VFX and commercial projects in the film and broadcast industry.
In 2010, Infinity Ward recruited Nghia for a senior position on the art team to help cinch up the new team they were building to complete Modern Warfare 3. This is where Nghia and Pete met and started the inception of Rogue Initiative’s foundation as a company. They both worked on intellectual ideas together and plans with feature film directors and producers on joint projects. They parted ways for a few years after they left Activision.

Just before joining Rogue Initiative, Nghia went on to develop key projects in VR for HTC, namely The Blu Encounter and John Favreau’s Gnomes and Goblins as well as consulting for Paranormal Activity VR. 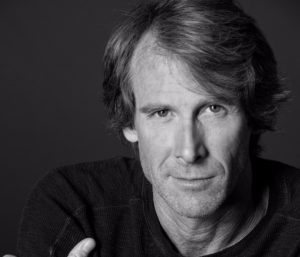 Director/Producer Michael Bay is one of the entertainment industry’s most successful filmmakers, currently listed as the 4th highest grossing director of all time. 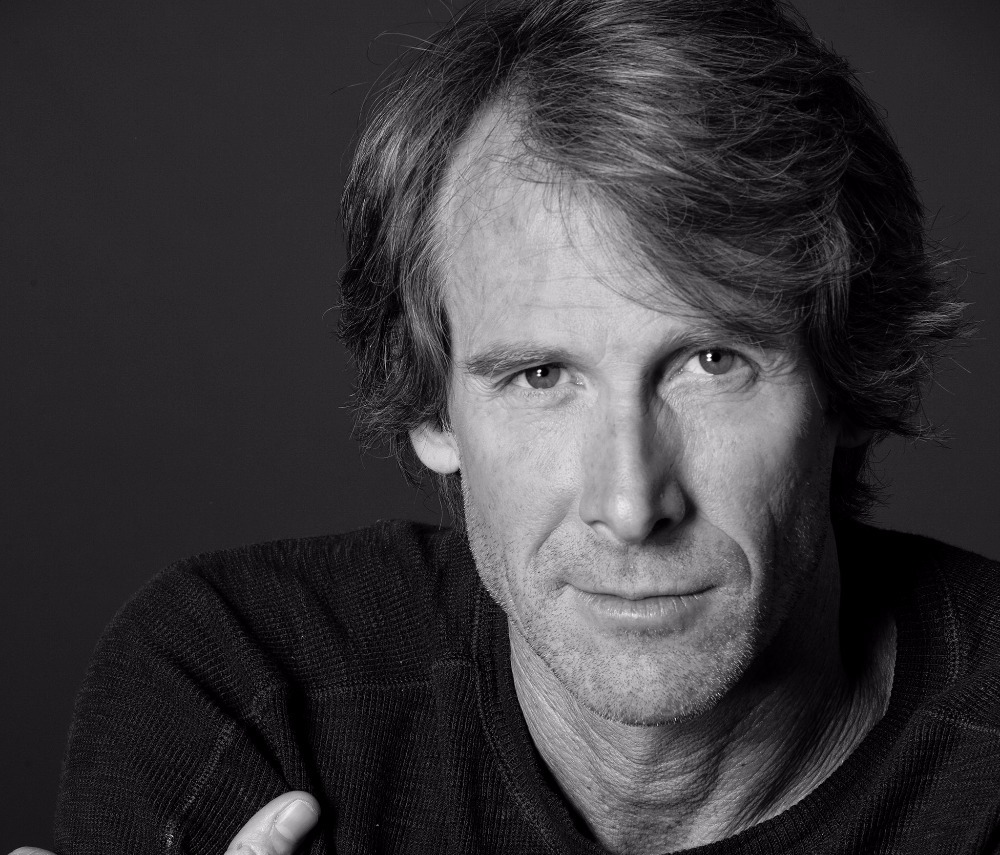 Director/Producer Michael Bay is one of the entertainment industry’s most successful filmmakers, currently listed as the 4th highest grossing director of all time. The films that Bay has directed and produced via his two production companies have grossed more than $7.5 billion worldwide. His directing resume includes the films Bad Boys and Bad Boys 2, The Rock, Armageddon, Pearl Harbor, The Island, Pain and Gain, and most recently 13 Hours: The Secret Soldiers of Benghazi; as well as four films in the Transformers blockbuster franchise, all under the Bay Films banner.

He is currently at work on the fifth installment of the series, Transformers: The Last Knight. Bay is also the founder and principal partner of Platinum Dunes, a production company whose films include include Teenage Mutant Ninja Turtles and Teenage Mutant Ninja Turtles: Out of the Shadows along with The Purge and Ouija franchises. They have also produced several successful television series, among them, TNT’s The Last Ship, Starz’s Black Sails, and Paramount’s upcoming Jack Ryan, set to star John Krasinski.

A graduate of Wesleyan University and Art Center College of Design, Bay has won virtually every major award in the commercial industry, including the Cannes Lions Grand Prix for Best Commercial in the world for his “Got Milk?/Aaron Burr” spot, which has been established as one of the top ten classic commercials of all time. A Los Angeles native, Bay resides in Miami, Florida.

Rogue Initiative is proud to be backed by leading technology and entertainment investors.

ROGUE INITIATIVE is a portfolio company in 4 of the top 9 AR/VR investors.